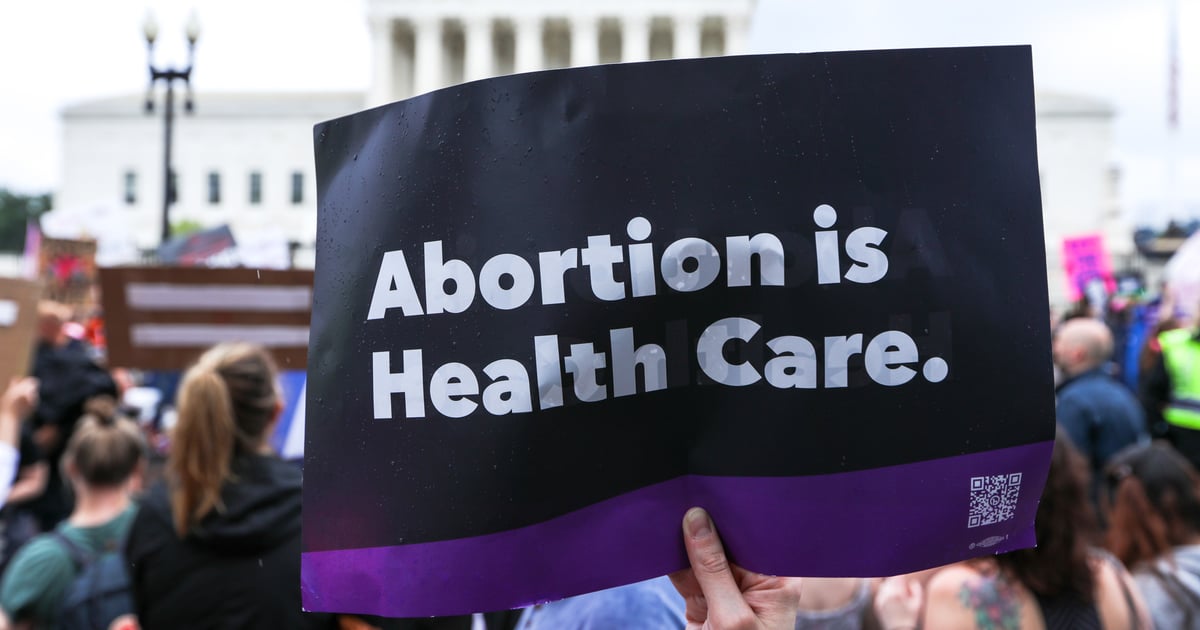 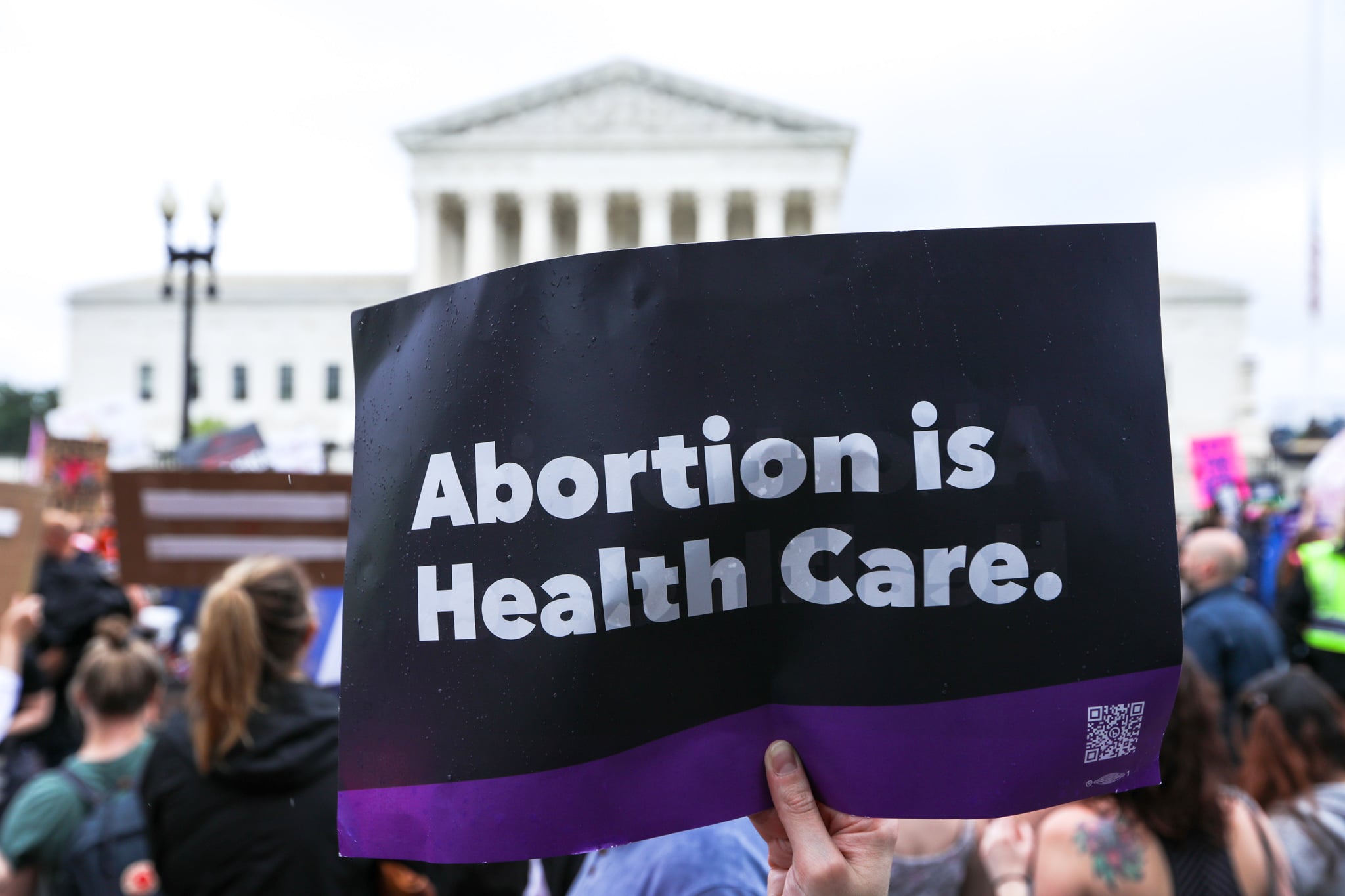 First, let’s dispense with the bullsh*t. Abortion is healthcare; that is not open to debate. Abortion care is part of a spectrum of reproductive healthcare that, like prenatal care, birth care, postpartum care, cancer screenings, fibroid treatments, and endometriosis care, must be available to all our communities with dignity and self-determination. Abortion carries more shame and stigma than the rest of these reproductive health services, but if we’re honest, we can acknowledge that there is still plenty of shame and stigma surrounding other reproductive health issues, like periods, miscarriages, and sexually transmitted infections (STIs).

Plus, access to abortion care is a fundamental human right, full stop. No court or politician should dictate who among us can have children, when, how many, or under what circumstances. Forcing a person to remain pregnant and give birth against their will is a gross violation of our human rights and dignity. Everyone has the fundamental human right to decide if they want to become a parent, how, and when they want to build and grow their own families.

No one understands that better than the Poderosas in the Rio Grande Valley of Texas, a sprawling region along the Southern border with about a million inhabitants, most of them with close cultural, if not family, ties to Mexico.

Although some folks know the RGV as a conservative, rural stretch of Texas, home to Mexican im/migrants and their descendants, the RGV I saw firsthand this year is a vibrant force of power, a beam of resistance to the state’s forced-birth agenda.

That’s where the Poderosas come in. Poderosa means “empowered woman” or “powerful one” in Spanish. It’s what the National Latina Institute for Reproductive Justice (Latina Institute) activists have gone by for decades. I started out as a Poderosa activist where I live in Florida before I joined the communications staff at the Latina Institute.

The Poderosas organize around reproductive health, rights, and justice issues. They take part in leadership trainings, lobby their elected officials, canvas their neighborhoods — not for a politician, but around questions of reproductive justice — and organize rallies, health fairs, and other local events to benefit their communities.

Many of them don’t have the proper documentation to live and work in this country, but that doesn’t stop them from fighting for their communities. For years, US Customs and Border Protection (CBP) has set up random checkpoints along most major routes in Southern Texas, blocking undocumented people from traveling to the next town, let alone out of the state, to seek care.

This March, I traveled to Brownsville to celebrate the 15th anniversary of the Latina Institute Texas’s organizing work in the Valley. Their quince also marked six months since the state enacted what was then the most extreme abortion ban in the country. In September 2021, SB 8 went into effect, banning abortion care in Texas after six weeks of pregnancy, or just one missed period, which is before many people even realize they’re pregnant.

Oklahoma now has that callous distinction, after it passed a copycat law of Texas’s SB 8 in May. But legislators in Oklahoma went a step further and banned nearly all abortions starting at fertilization, instead of after six weeks. These laws in Texas and Oklahoma use a vigilante enforcement scheme explicitly designed to allow a highly partisan and compromised Supreme Court to look the other way and pretend it can’t do anything to stop extremist politicians from going against the will of the people to ban an essential healthcare service.

And as we await the Court’s decision on a Mississippi case that will at best maintain the status quo — doing nothing to address the bounty-hunter laws banning abortion care in Texas, Oklahoma, and whatever other states decide to follow suit — we know we must find a way to keep fighting to protect our fundamental human right to control our own reproduction.

I refuse to let any court or politician force me to become a parent against my will, and so should you. There is no more egregious violation of a person’s human rights than forced pregnancy and birth.

I refuse to let any court or politician force me to become a parent against my will, and so should you.

Florida has passed a ban on abortion care after 15 weeks, and the state legislature is poised to go even further. Should the Supreme Court explicitly overrule Roe v. Wade, as the majority signaled it was ready to do in the draft opinion published online in early May, abortion will soon be outlawed throughout the South and Midwest. And people in other parts of the country will find it harder to get care due to increased demand.

We must look to the people of Texas — not just the Poderosas, but the entire community of activists who contribute their time and energy to the dynamic network of abortion funds, human-rights organizations, and reproductive-justice coalitions in the area. The RGV is home to the Frontera Fund, which provides financial and practical support to folks seeking abortion care, and South Texans for Reproductive Justice (STRJ), which has been working ceaselessly on a campaign to provide Plan B emergency contraception to anyone who needs it in the Valley.

Everyone I met during my trip to Texas was an inspiration, from the Poderosas who led the event to celebrate Latina Institute Texas’s 15 years of organizing to the young activists who followed their mothers into the movement. I’ll never forget running over in a panic to warn the young parents whose kids were going hard at the SB 8 piñatas that the piñatas also had prizes in them: care packages with emergency contraception donated by STRJ. One mom simply smiled at me and calmly handed me one of the packages she had retrieved from her kids. I asked her if she knew someone who could use it, and she nodded and put it back in her purse.

The moment was incredibly significant. As one Poderosa said during a filmed interview taken at the event, “Reproductive healthcare and reproductive justice isn’t really talked about within my community. There are so many of my friends who I’ve had to teach what reproductive justice and healthcare is, and they sometimes feel embarrassed because these are rights that people should know,” she said. “As a member of the newer generation, I would say, hear our voices, listen to us, and take into consideration what we are saying.”

The organizers and activists of the Rio Grande Valley are truly unstoppable, and we must look to them to lead the way to fight for our human rights and work toward reproductive justice.

During the few days I spent with them in March, I saw a multigenerational coalition of compassionate, joyful people. I interviewed over a dozen Poderosas who have been activists with Latina Institute Texas for many years about their experiences organizing in the Valley. Many of them were joined at the rally by their sisters, daughters, mothers, sons, mothers-in-law, and even grandmothers. It was an amazing sight to see. In the video, when one activist present was asked what it meant to be a Poderosa, she replied, “It means I can mobilize communities, raise my voice, and let people know that all of us have rights.”

This is what the resistance looks like. Watch it yourself and steel your resolve, because we are in for a big fight.

Rosa Valderrama is the senior public affairs and communications associate at the National Latina Institute for Reproductive Justice, a board member at the Broward Women’s Emergency Fund, and a proud Poderosa from the Latina Institute Florida.